As Many of you know, I was born and raised in Wales. I moved to America in 1999. Fast forward to 2021, and I am still in America and very proud to be an American. Yet, I am also equally proud of my Welsh Roots. I am now a dual citizen so I bleed Red/White/Blue & Red/White/Green!

Today is a great day for my fellow Welsh friends as it is St. David's Day! Happy St Davids to my Family & Happy St. Davids to all my friends back home in Cimla!

Below are some interesting facts on St. David's Day.

Many Americans of Welsh originannually celebrate the life of Wales’ patron saint, St David on March 1. It is also a time for people to remember the Welsh culture and to appreciate their Welsh origins. The Welsh flag is often seen during celebrations on the day, as well as daffodils or leeks pinned to clothing.

Even though Saint David is a Patron Saint, St. David's Day is not a public bank holiday. Businesses have normal opening hours in Wales and in the United States. Even though it is not recognized as a bank holiday, people wear "Red & Green'" with leeks & daffodils to celebrate. 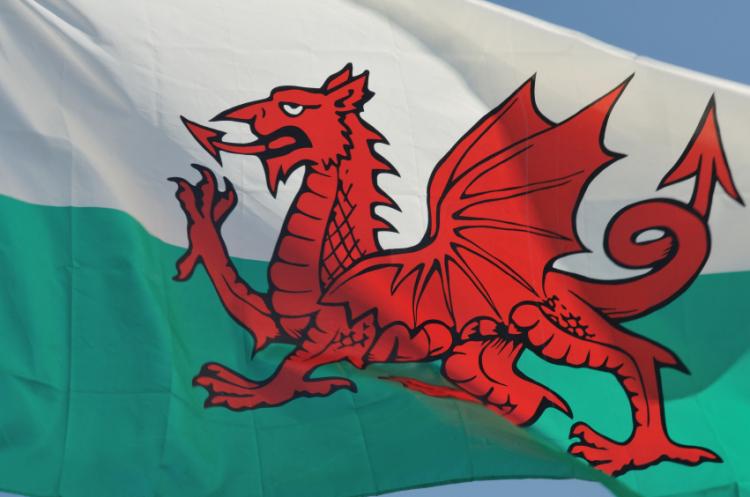 The Welsh flag is often seen on St David's Day.

What Do People Do?

Many people with Welsh ancestryor ties celebrate St David’s life and the Welsh culture in the United States. Some people may attend a special St David’s Day church service while others may cook a nice meal to share with friends or family to pay homage to St. David. Meals may include herbed lamb chops, Welsh pot bread, or Caerphilly Crumble.

Many groups may organize special events or parties that may include carrying the flag of Wales, dressing in traditional costumes, and wearing daffodils or leeks on their clothing. The Welsh flag, a red dragon on a white and green background, is displayed prominently and a festive mood prevails.

St David's Day is not a public holiday in the United States. However, it is a day of celebration so some community groups, schools, and businesses may have a special program for the day.

St David (dewi sant) is the patron saint of Wales. He plays a very important role in Welsh culture but little is known about his life. Saint David (Dewi Sant) was born in Caerfai, south west Wales into an aristocratic family. He was reportedly a scion of the royal house of Ceredigion, and founded a Celtic monastic community at Glyn Rhosyn (The Vale of Roses) on the western headland of Pembrokeshire (Sir Benfro) at the spot where St David's Cathedral stands today.

David's fame as a teacher and his asceticism spread among Celtic Christians, and he helped found about 12 monasteries.[1] His foundation at Glyn Rhosyn became an important Christian shrine,[5] and the most important centre in Wales. The date of Saint David's death is believed to be 1 March 589.[6] His final words to the community of monks were: "Brothers be ye constant. The yoke which with single mind ye have taken, bear ye to the end; and whatsoever ye have seen with me and heard, keep and fulfil

St David's Day was recognized officially as the national day for people of Welsh origin in the United States in 2003. The Empire State Building was floodlit in the Welsh national colors, which are red, green and white, on March 1 that year. An article on St David’s Day in the United Kingdom covers more information about St David’s Day’s origins and symbols. So on, March 1, 2021, I wish all my friends in the USA and back home a fun and safe Happy St. David's Day!

Sign up to get the latest on sales & updates....